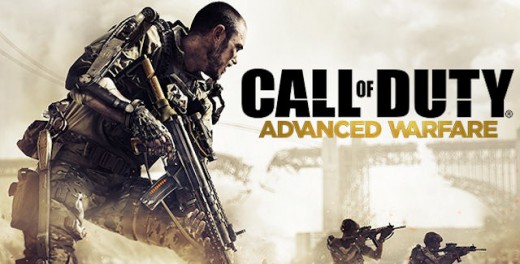 The Call of Duty franchise adds another title in its long line of releases. Is this one worth your time, or is it best left in the barracks?

The Call of Duty franchise has been around a long time. With ten previous major releases, spanning the time between World War II and the not-so distant future, the series has covered more scenarios than a John Grisham novel. The series can no longer expect gamers to just accept whatever short sighted story they offer, and toss something loosely together that relatively ties into the gameplay. Call of Duty: Advanced Warfare needed a movie quality story, with actors that knew what they were doing, in order to further improve upon the franchise. Much to our surprise, Sledgehammer Games and Activision gave us just that.

From the opening sequence, where we are introduced to our protagonist Jack Mitchell, as well as his long time friend Will Irons, the son of a prominent figure, the game gives a great sense of story first, action second. Kim Jong Whoever-is-running-the-place in North Korea has decided that he needs South Korea to compensate for his shortcomings and has launched a full-on assault on Seoul. You and several soldiers are inserted into the action in a futuristic landing pod, where-in you are given your baptism by fire into to the action. After a full scale US intervention is said and done in Korea, you are short one arm and Will Irons is a casualty of war.

Will’s father, Jonathan Irons, is the founder and CEO of Atlas, a private military contractor that provides security to unstable countries around the world. Atlas is years ahead of any government when it comes to military technology and Jonathan offers our guy not only a job, but a second chance at life by giving him a prototype arm to replace the one he lost in Korea. Atlas has also created an exo-skeleton that is worn by their soldiers that enhances their abilities by giving them boosts to strength, agility, ability, and other things. Mitchell’s training teaches him how to use each suit, as well as several other key technologies developed by Atlas.

The exos come in several different flavors, each with their own style of usage. The game adds in a RPG like element by giving you the ability to upgrade your basic exo by earning upgrade points for completing specific tasks. Tasks such as headshots and grenade kills are all part of the game, and you’ll probably be achieving them anyway, so it’s nice to see the developer adding in some upgrades for those nice head popping shots and fragilicious kills.

The exo suits are a ice addition to gameplay, both single-player and multi-player, and adds a new depth to what could have been the same old fare. instead, the exo brings in new aspects of assault, with perks that are specific to the exo you are using. I’ve always been more of a fan of the campaign, and less into multi-player, but the new exo has me trying different multi-player modes that I wouldn’t normally care for.

From the overall twists and turns of the plot and storyline, to the voice acting by well known actors, coupled with the graphics of a next gen console or PC, Call of Duty: Advanced Warfare delivers a movie quality experience deserving the title of a AAA game. Facial animations during in-game rendered cut scenes are as realistic as any other first party, console exclusive studio title to date, and this game was developed across multiple platforms, by an independent studio. that’s pretty impressive in this day and age.

The gameplay for both the campaign and multi-player is fast and fluid, with some futuristic weapons to go along with that futuristic exo. The game is set in the 2050’s and beyond, so new, futuristic weapons should be expected. There was nothing too surprising, though, and some of these futuristic weapons are in prototype stages now. Our biggest complaint is how easy the game was on the Veteran difficulty. It felt more on par with Hardened, and even Regular at times, and we really love a challenge, so that left us a little disappointed.

The Call of Duty franchise is one of the most popular gaming franchises ever. The developers could throw out a top down, cheap made shooter, slap a fifty dollar price tag on it and still rake in the cash by the handfuls. Luckily for us, developer Sledgehammer Games (for the next gen platforms) put some effort into Call of Duty: Advanced Warfare and turned out a great quality first person shooter that most CoD fans will enjoy.