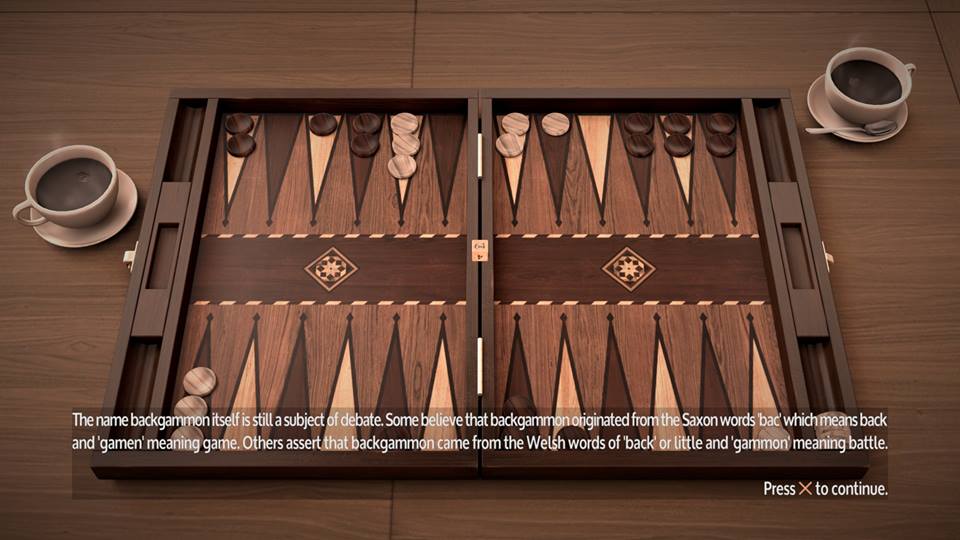 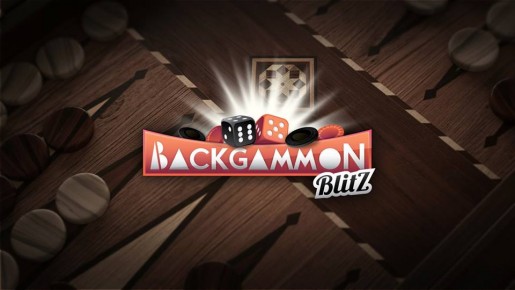 One of the oldest board games known to man has arrived for the PS4 in Europe and is slated to hit the North American PSN store this Tuesday (April 15th). We rattled the dice and took a few turns on the board. Is it worth the pain of a pinched nip or is it better left to the ages?

Backgammon has been around for over 5,000 years. This is a game that has changed very little, but yet remains a fun two player board game. The objective is to remove (bear off) all of one’s own checkers from the board before one’s opponent can do the same. The checkers are scattered at first, and may be blocked or pinched by the opponent. Gameplay is pretty simple to understand and the developers of Backgammon Blitz were nice enough to include an in-depth in-game tutorial to help explain the basics. 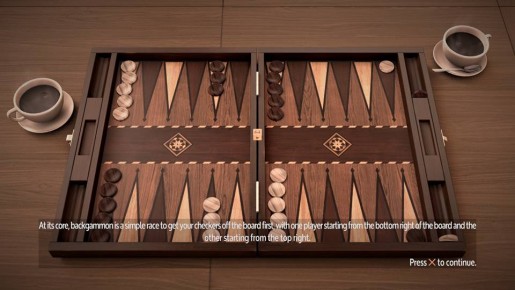 Backgammon is a fun game. Whether you are playing the computer, playing someone sitting beside you, or playing someone on the PSN, you’ll find that strategy, combined with luck, will make the basic backgammon game fun and entertaining. Developer VooFoo Studios wasn’t content with creating just a basic game though, so they added in a Blitz mode to create a few wrinkles to the strategies available to the players.

Blitz mode brings with it with 8 different power ups to try. From On Fire to Knockout, these power-ups change the dynamics of a classic game to the point where it’s almost not fun. You can only use 3 power ups per game, so make sure you pick the right ones at the right time. Our biggest problem with these power-ups is that they are locked to start out and require you to use Bullion to unlock them. Bullion is in-game currency that is earned slowly as you play Blitz mode or it can be purchased from the PSN store separately from the game as DLC. 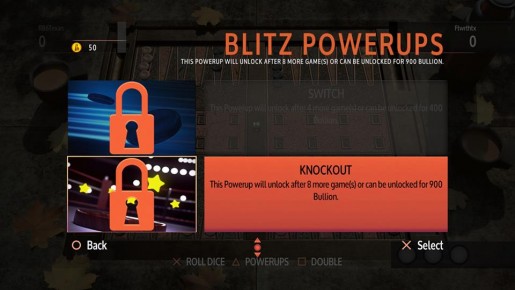 Currently the price ranges from £2.15 for 1,000 Blitz Bullion up to £10.99 for 10,000 Blitz Bullion. Now if you want a level playing field online, these things should not be locked out at all. these micro-transactions really don’t help the game, and in the end hurt the folks on a limited budget. If you match up with someone that has already forked out enough of their own cash to unlock all of their power-ups (they range in unlock price from 150-5400 Bullion) then you will be fighting an unfair battle. Where’s the fun in that? These power-ups can also be unlocked by playing 128 complete games, so there’s at least a light at the end of the tunnel for those not wanting to pay out any more cash.

The multiplayer aspect of the game is split into either playing someone on the couch with you offline, or playing online against players that can be on the PS4, PS3 or even the PS Vita (if all platforms are available). Backgammon is a game that may not have that many fans right now, so opening up the multiplayer for cross-platform play is a definite win. While the game isn’t cross -buy, it is only £4.99 for your platform of choice, so it isn’t exactly a bank breaker if you want to play on your Vita as well. Remote Play is available if you have a PS4 and a Vita, so there’s always that option if you aren’t wanting to buy the game twice.

The graphics for the game are very polished and look great on the PS4. The game boards look as close to real life as possible and the detail is impressive. With four different game boards to choose from, you can keep the game from looking monotonous by switching it up from time to time. Personally we found the stone board to be the best looking of the four. 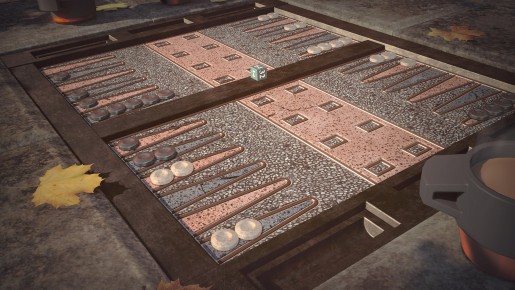 Backgammon is a game that is older than most cultures and dates back to a time written as B.C. For a game to still be around after thousands of years, and still be basically the same game that was played by ancient Pharaohs, there must be something entertaining about it. Matching your wits and planning your moves, strategizing in advance, and then hoping for the right number to show up on the dice, make basic backgammon fun for everyone.

VooDoo Studios did a great job on a game that is older than dirt and not only made it fun, but also made it look like you were playing with a real board game. Good Job folks.