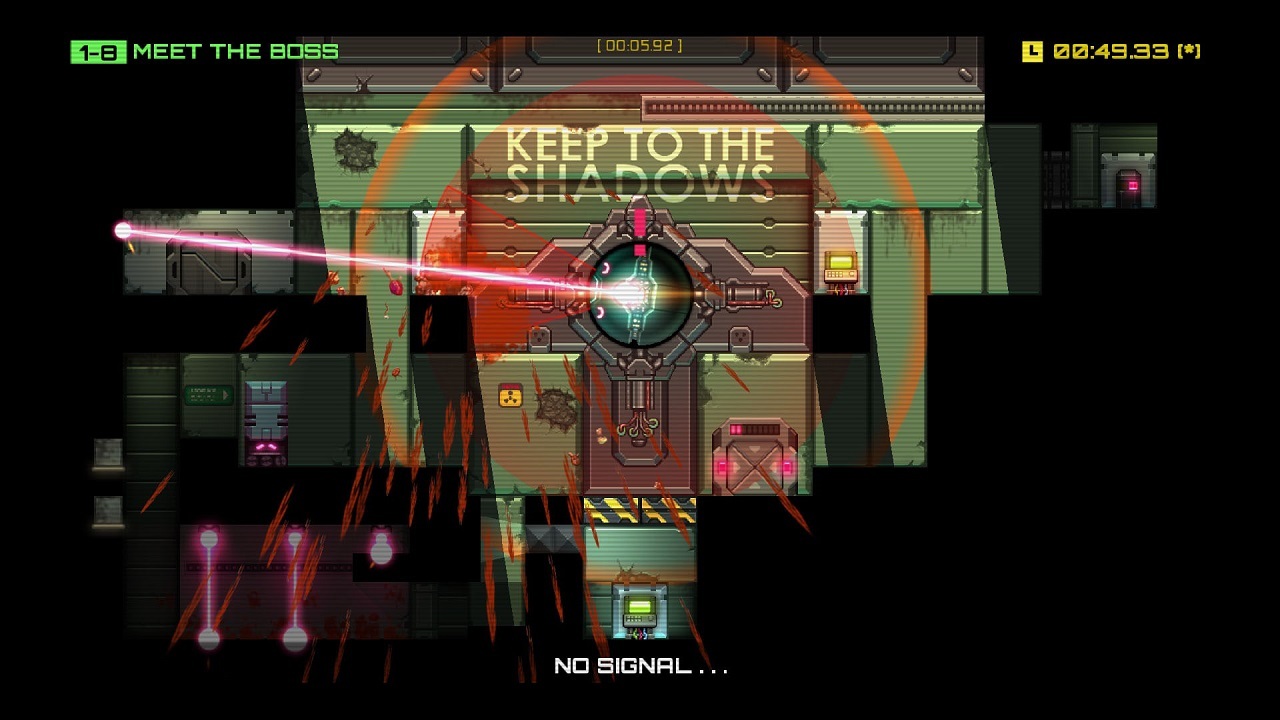 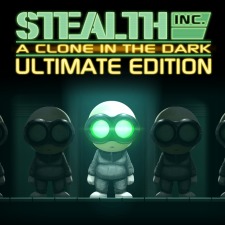 The PC game known as Stealth Bastard Deluxe: Tactical Espionage Arsehole has snuck its way on to the PlayStation Network with a new name. Stealth Inc: A Clone in the Dark Ultimate Edition is now ready for your PS4. Is it worth your time and money, or should you just let this one slip into the shadows unnoticed?

Stealth Inc. is a stealth driven, 2D platformer that will have to sticking to the shadows to avoid cameras, motion sensing lights, and robots that want nothing else but to destroy you. The game feels like a cross between Super Mario and Metal Gear Solid, with a hint of Southpark thrown in. You control a clone that will be doing your bidding, all while trying to solve a series of puzzles and mazes that will not only test your brain skills, but finger skills as well.

This Ultimate Edition of the game includes the eighty levels from the original game and forty additional levels from The Teleporter Chambers and The Lost Clones expansions. The new levels are designed to challenge even the smartest, quickest clones and come with their own unique trophies. 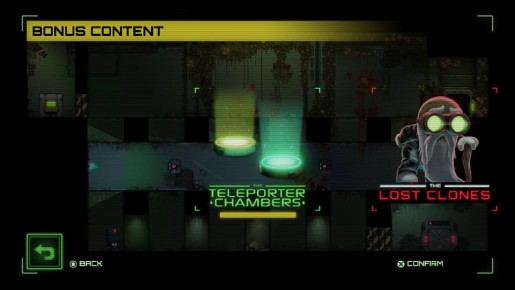 The game is separated into eight sectors with ten chambers each (plus the added DLC levels). New chambers are unlocked by completing the previous chamber, with a final boss chamber that will unlock the next sector once you complete it successfully. Each sector also has two extra levels that are unlocked by either collecting all of the hidden helixes for that sector or by gaining an S rating on all of the eight levels within that sector. Finding the hidden helix for each level isn’t all that tricky, but getting that S ranking seems almost impossible.

Finishing levels and finding helixes will also unlock extra equipment for your clone to either use or wear. There’s a camouflage outfit that will make you invisible to robots and cameras for a short amount of time, a couple of decoys to draw attention away from you, as well as a sound device and a teleporter. While these devices are great for getting through a level quickly, the best rankings will be achieved with no equipment at all. You’ll have to rely on your own skills and an unequipped clone for that. 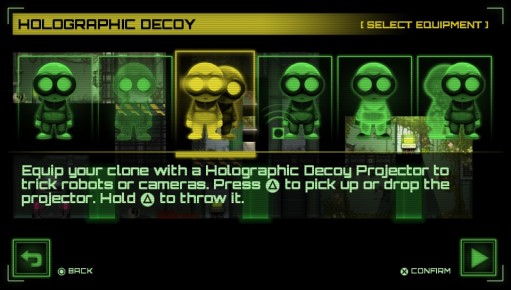 There’s a very extensive leaderboard system in use, and for those out there looking for some challenges, getting a top ten time will be right up your alley. Each chamber has its own leaderboard, so you’re looking at eighty different boards, and each board is also separated into non-equipment boards and equipped clone boards. That seems only fair since a couple of the chambers can be completed in under ten seconds when utilizing your camouflage, but will take a minute plus while unequipped. 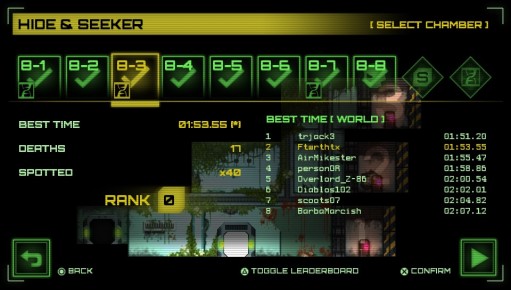 Included is a level creator. At first I thought, “Wow, another member of the ‘Create. Share. Play.’ family, but then I realized I couldn’t share any of my creations. I guess I could create and then have friends come over to the house and play my levels, but that’s missing the point of a level creator, really. If I spend an hour putting together a cool level, why can’t someone on the other side of the World enjoy it? Just another oversight by the developer that we hope they can rectify by patching a share feature in. 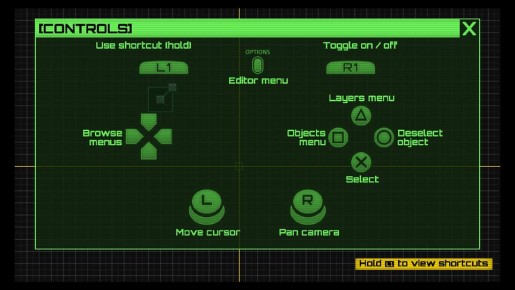 Bravo, now tweak it a little to add a share feature and cross platform chamber rankings.