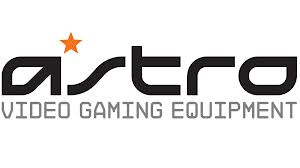 With the release of both the PS4 and the Xbox One rapidly approaching, an Astro Gaming representative has shed some light on the state of the next generation consoles and Astro’s current headsets on the market.

Over the past few months we have been asked by more than a few of our fans for more information on how ASTRO Gaming products will work with the upcoming next gen consoles.

PS4: We can say with 100% certainty that our headsets will deliver Dolby ® Digital GAME AUDIO on the PS4, just like they do for the PS3. Our headsets will also deliver full voice chat functionality over the PlayStation Network upon Sony’s release of a post-launch PS4 firmware update.

Xbox One: Game Audio for the Xbox One will function as normal, through the optical output – meaning all our current products will deliver full Dolby ® Digital GAME AUDIO on the XBOX One. However, the chat connector on the controller is now a proprietary connector, meaning that our current products will require an adapter to connect to the controller for Xbox Live voice chat. Fortunately, until this chat adapter is available, the built-in Kinect microphone will provide full voice communication access to Xbox Live while using ASTRO headsets on the Xbox One.

Regarding new Xbox One products in our pipeline, we are proud to reveal ASTRO is now an officially licensed Xbox One partner. As such we are excited to work with the Microsoft team and the Xbox One but at this time we are not allowed to comment on the specifics of any products we have under development. Rest assured, none of our current products will be made obsolete by anything going on in the Xbox One ecosystem.

With that being said, it’s great to know that Astro’s quality hardware will be joining us in our adventures into the next generation of gaming.