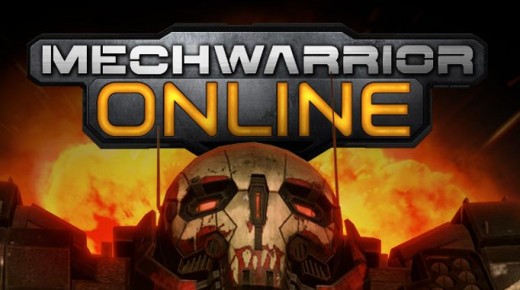 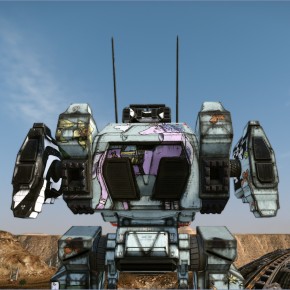 MechWarrior Online developer and publisher Piranha Games and Infinite Game Publishing (IGP) revealed the final tally of the “Sarah’s Mech” fundraiser drive for the Canadian Cancer Society, a campaign honoring the passing of one of the youngest and most talented Canadian pilots in the Inner Sphere, five-year-old Sarah Marie Alida Parries. The custom Jenner Class Chassis Champion ‘Mech, “Sarah’s ‘Mech”, raised more than $122,200.

Five-year-old Sarah Parries loved watching her father Jon play MechWarrior Online, a popular online video game created by Vancouver-based developers Piranha Games and published by Montreal-based Infinite Game Publishing (IGP). Just before Sarah lost her battle with brain cancer last spring, her father reached out to the developers of the game and asked them for a favor – to post a note for her on the game’s official Facebook page to wish her well. Sarah tragically passed away before that happened. Instead, the staff at IGP created a small memorial for her on the game’s official Facebook page, triggering an outpouring of online support from the game’s more than one million registered players.

“The MechWarrior community was so touched by this young girl’s story that they really drove what happened next,” said Kelly Zmak, president of IGP. “Reading through thousands of comments on our forums and social pages, IGP and Piranha agreed immediately to create an in-game ‘Mech in Sarah’s honor for charity.”

Three months later (the time it takes to design, create, animate and insert a ‘Mech into the game), Sarah’s Jenner was born.  “Sarah’s Jenner” was available as a limited-time in-game purchase from July 23rd through August 20th.  The Jenner was cited as her favorite due to its unique ability to move quickly and utilize night vision, a key component to obliterate the “baddies”, as Sarah would refer to enemy ‘Mechs. Developers at Piranha Games incorporated some of her favorite items onto her ‘Mech’s appearance, including rainbows, bandaids and teddy bears.

“The money raised in tribute to Sarah serves as an inspiration for all of us,” explained Scott Fairbairn, Director, Corporate Development at the Canadian Cancer Society. “It speaks to the strong sense of community evident in players of MechWarrior but also clearly demonstrates how this story has touched the broader community resulting in a legacy of hope in contrast to the sadness we all feel with Sarah’s passing.”

Proceeds from the sales of Sarah’s ‘Mech were kept in a running, real-time rally on www.mwomercs.com/sarah where fans could log in and see progress of the fundraiser.

“The groundswell of support in the first 48 hours from the MechWarrior community, the games industry media and gamers everywhere was overwhelming,” noted Bryan Ekman, creative director at Piranha Games. “We were hoping to raise at least $10,000. We reached $38,000 in the first 48 hours and it just kept going from there. Our fans are incredible and we can’t thank them enough.”

Though the drive has finished, Piranha Games and IGP encourage the public to continue to donate in Sarah’s name to the Canadian Cancer Society: www.cancer.ca.

About the Canadian Cancer Society

The Canadian Cancer Society is a national community-based organization of volunteers whose mission is the eradication of cancer and the enhancement of the quality of life of people living with cancer. Read more at: http://www.cancer.ca

Set in the year 3050 during the early stages of a massive interstellar war, MechWarrior Online puts you in command of the most powerful war machine to ever walk the field of battle, the mighty BattleMech. Pilot your ‘Mech and customize it to suit your preferred battlefield role; upgrade systems, weapons, and armor with endless options giving you creative control over your battle strategy as you face your next opponent.  MechWarrior Online delivers a rich online experience, rewarding everything a player does with experience points, C-Bills, unlocks, and recognition. Upgrade skills and refine your role in gameplay using an all-new leveling system, and up-to-the minute detailed player statistics allow you to compare, track and share your progress with other players. Currently with more than 1.1 million registered pilots, MechWarrior Online sees its official launch on September 17, 2013. Join the fight at www.mwomercs.com.

About Piranha Games Inc.
Piranha Games Inc. was founded in January 2000 by Russ Bullock and Bryan Ekman. Piranha Games is focused on the core action games market and has worked on exciting IPs such as: Need For Speed® and Transformers® 2: Revenge of the Fallen.
Please join us at www.piranha-games.com.