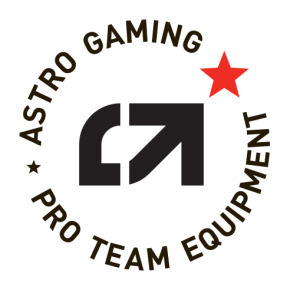 ASTRO Gaming, a division of Skullcandy, Inc. (Nasdaq: SKUL), and creators of premium video gaming equipment for professional and hardcore gamers, today announced a dramatic expansion of its professional gaming sponsorship efforts by establishing official relationships with four of today’s most dominant pro gaming teams, including Evil Geniuses, Team SoloMid, OpTic Gaming and EnVyUs.  Each of the four ASTRO Gaming professional teams will be competing alongside more than 1,000 other eSport superstars from around the world at the Major League Gaming Winter Championship this weekend in Dallas, March 15-17.  Players and teams will compete in a variety of games, including Call of Duty®: Black Ops II™, League of Legends™ and Starcraft® II: Heart of the Swarm™ for $170,000 in prizes.

“The ASTRO Gaming brand, our culture and our products are firmly embedded within the professional gaming world.  Pro gaming is where we started, it’s where we honed our reputation for delivering unprecedented audio performance matched with cutting edge technology and it will provide the inspiration for the next wave of professional-grade ASTRO Gaming gear,” said Aron Drayer, Director of Marketing, ASTRO Gaming.  “Our headsets have long been associated with dominance in professional gaming.  That competitive edge is the direct result of our close reciprocal relationships with pro gaming players and teams, including EG, TSM, OpTic and EnVyUs.  We provide them with unmatched performance and audio fidelity and they help us make our products even better season after season.”

“We’re very happy to have been welcomed into the ASTRO portfolio of sponsored teams,” said Alexander Garfield, CEO of Evil Geniuses.  “We’ve always admired ASTRO’s attention to detail and approach to eSports, and we expect this partnership to help Evil Geniuses in a variety of different ways.”

“We are extremely proud to be sponsored by ASTRO! They have the best headsets on the market and we feel privileged to have the opportunity to represent their products.” -Andy “Reginald” Dinh, Team SoloMid

“OpTic Gaming is excited to continue our growth as an organization with the continued support of ASTRO Gaming, with their help the 2013 season is going to be a memorable and successful season!” said Hector Rodriguez, OpTic Gaming.

“Our team couldn’t be more excited to represent ASTRO Gaming in 2013. Their gear has truly become part of our daily lifestyles and has been integral to our success in competition.” Mike Rufail, Team EnVyUs.

As an official sponsor of each pro gaming team, ASTRO Gaming will provide logistical and travel support for all major tournaments held nationwide, including all of Major League Gaming’s 10th Annual Pro Circuit events, which kicks-off this weekend with the MLG Winter Championship, March 15-17 in Dallas, TX; providing team entry fees; and, of course, ensuring each team has the latest professional-grade ASTRO Gaming Headsets and MixAmps.

ASTRO Gaming has been a long-time supporter of eSports and professional gaming, developing uncompromising professional quality gear based on feedback and direction from the world’s best pro gamers.  The studio has worked closely with Major League Gaming teams to develop the ultimate audio system for pro-level and dedicated at-home gamers that provided a critical competitive edge – the award-winning ASTRO A40 Gaming Headset.  With today’s sponsorship of Evil Geniuses, Team SoloMid, OpTic Gaming and EnVyUs, ASTRO plans to once again take professional gaming to the next level.  The company will be working very closely with each of these pro teams to drive its research and development into the next generation of products from ASTRO Gaming.

Skullcandy is a global designer, marketer and distributor of performance audio and gaming headphones and other accessory related products under the Skullcandy, Astro Gaming and 2XL by Skullcandy brands. Skullcandy became one of the world’s most distinct audio brands by bringing color, character and performance to an otherwise monochromatic space; helping to revolutionize the audio arena by introducing headphones, earbuds and other audio and wireless lifestyle products that possess unmistakable style and exceptional performance. The Company’s products are sold and distributed through a variety of channels in the U.S. and approximately 80 countries worldwide.  Visit skullcandy.com, or join us at facebook.com/skullcandy or on Twitter @skullcandy.