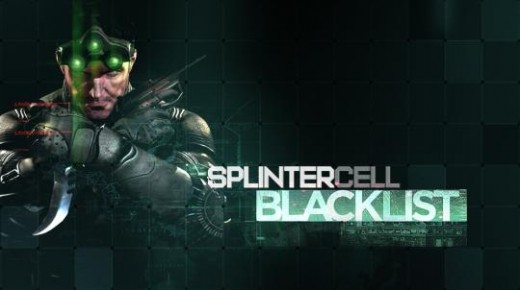 With collector’s editions and special editions being released for just about every title, it can be hard to set one’s self apart from the crowd.

I think Ubisoft just did that. Check out their latest collector’s edition after the jump.

Sure to become the centerpiece of every owner’s video game library, as well as containing essential items for newcomers and fans alike, Tom Clancy’s Splinter Cell Blacklist Collector’s Edition will retail for $169.99 and include: 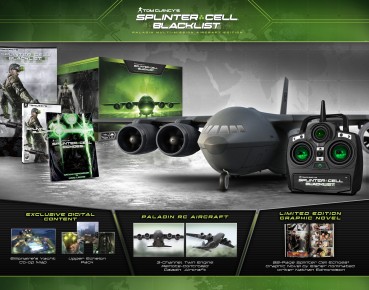 In the game, players take on the role of lethal operative Sam Fisher who must stop an international terrorist group behind The Blacklist, a series of escalating attacks on US assets. Operating under the newly formed Fourth Echelon unit, Sam Fisher and his team will use any means necessary to prevent the next deadly assault.

Delivering a gripping modern-day storyline, the game brings back core elements of the franchise and incorporates a new level of technical innovation and design to create the biggest Splinter Cell to date. Tom Clancy’s Splinter Cell Blacklist will push the series to even greater heights by offering a complete package where single-player, co-op and multiplayer are tied to a universal economy system supporting a wide variety of play styles.

Ubisoft is a leading producer, publisher, and distributor of interactive entertainment products worldwide and has grown considerably through a strong and diversified lineup of products and partnerships. Ubisoft has offices in 26 countries and has sales in more than 55 countries around the globe. It is committed to delivering high-quality, cutting-edge video game titles to consumers. For the 2011–12 fiscal year Ubisoft generated sales of 1.061 billion euros. To learn more, please visit www.ubisoftgroup.com.