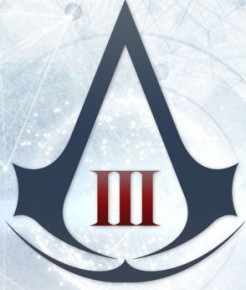 Today, Ubisoft® announced that Assassin’s Creed® III is the fastest-selling game in the company’s history, with total sell-through topping the 7 million mark worldwide just one month after its release.

Fans have wasted no time exploring the game’s open world, and getting involved in the action-packed story. In solo missions alone, gamers have accumulated more than 82 centuries of gaming time and committed more than 3 billion in-game assassinations. The deadly action continues in the multiplayer, where more than twice as many gamers have joined the multiplayer mode compared to Assassin’s Creed Revelations. To date, more than 250 million assassinations have been performed in more than 5 billion multiplayer sessions.

“The reception for Assassin’s Creed III has been exceptional, and this success has positioned the game among the best sellers of the 2012 holiday season” said Tony Key, senior vice president of sales and marketing, Ubisoft. “We knew we had something special on our hands when Assassin’s Creed III was launched, and we’re really excited and proud to see how much fans are enjoying the latest installment in the franchise.”

Ubisoft is a leading producer, publisher and distributor of interactive entertainment products worldwide and has grown considerably through a strong and diversified line-up of products and partnerships. Ubisoft has offices in 26 countries and has sales in more than 55 countries around the globe. It is committed to delivering high-quality, cutting-edge video game titles to consumers. For the 2011-12 fiscal year Ubisoft generated sales of € 1.061 billion. To learn more, please visit www.ubisoftgroup.com