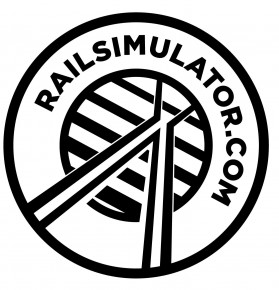 First opened in the 1840s, the Brighton Line made day-tripping to the seaside a popular pastime for Londoners, and features well-known local landmarks such as London Victoria Station, Battersea Power Station (famously portrayed on the cover of Pink Floyd’s ‘Animals’ album), the River Thames and the Brighton & Hove Albion Football Club stadium. The line is also familiar to motor fans as the route of the annual London to Brighton veteran car rally.

“The London to Brighton Line is such a legendary route,” said Paul Jackson, CEO of RailSimulator.com. “Since the groundbreaking 1985 ‘Southern Belle’ game for Commodore 64, it’s a must-have for rail fans.”

The London to Brighton Expansion Pack will include the Class 377 Electrostar train with 12 scenario missions to play, plus the complete 50-mile line from London Victoria Station to Brighton Station, including all stations along the way.

For more information, please visit www.railsimulator.com or on Facebook at http://www.facebook.com/railsimulator

Awarded 2011 Simulation Game of the Year by the Game Industry News, RailWorks3: Train Simulator 2012 is easily the most realistic rail simulator on the market and enables enthusiasts to expand their virtual railroad in any way they wish. The core kit contains everything a player needs to set up and begin operating an extensive railroad, including train simulation, landscaping tools and downloadable content, and the software is updated automatically after purchase meaning consumers continue receiving cool new features and improvements for Free! Beyond the basic kit, users can choose from a wide variety of add-ons, scenarios and expansions to build and personalize the railway of their dreams – and there are many more exciting add-ons in production.

Producer of cutting edge simulations and modelling tools for enthusiasts and industry, RailSimulator.com is a British success story and developer of the world-leading RailWorks 2: Train Simulator. The company has seen rapid growth and built an industry-leading portfolio of more than 100 downloadable add-ons. The company is based in Chatham, UK.