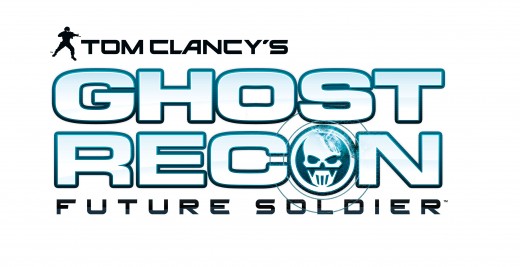 In the world of shooters, not all franchises are created equal. When you include the name of Tom Clancy, greatness is expected.

Does Tom Clancy’s Ghost Recon: Future Soldier live up to his name? Read our review to find out.

The last Ghost Recon game, Ghost Recon: Advanced Warfighter 2, was released back in 2007. Six months later the Call of Duty franchise countered with their own shooter,Call of Duty 4: Modern Warfare. Quite a bit has changed since then, and shooters have went from tactical based thought machines to run-n-gun Rambo-esque explosion machines. The Call of Duty franchise took on a first person perspective where as the Ghost Recon franchise has always been a third person shooter. Each franchise has their own pros and cons, and each has their own fan base. Comparing the two isn’t exactly like comparing apples and oranges. More like comparing Fuji apples and Washington Red apples. Each has their own flavor.

If you prefer having a tactical edge on the battlefield, with a thrid person view, Tom Clancy’s Ghost Recon: Future Soldier gives you just that.

In traditional belief, a ghost is a manifestation of the dead.

They remain in the physical realm to avenge, help, or punish the living.

The Ghost Recon franchise focuses on Ghost units. Each Ghost unit is comprised of four highly trained, and very deadly, elite soldiers. The campaign opens up with an unnamed Ghost unit tasked with taking out a group of arms traffickers somewhere in South America. After eliminating the hostile forces, they find a dirty bomb that is activated and detonated as they try to flee from it. It does not end well for them.

You play as a member of Ghost Team Hunter. It is up to your team to track down the origin of the dirty bomb, and eliminate with extreme prejudice, persons behind the attack. The story takes you all across the globe. From South America, to Africa, Europe, and to Asia. You’ll fight through twelve different missions, with a well written story, and likeable characters. The story develops nicely, with out any confusing plot twists to muddy things up. The dialogue between our group of Ghosts is mostly entertaining, with a few cliches dropped in here and there.

Along your journey you are introduced to the many weapons you’ll have at your disposal. Firearms are plenty, but being a tactical based squad, there’s more to life than just guns.You first valuable tool is your Cross Com. This device is built into your goggles/sunglasses. It projects information directly onto the battlefield, always keeping you informed of enemy units in your range of vision. Couple that with your optical camouflage, and you become hidden and a know it all. This camouflage blends into the environment, giving you a translucent appearance which is almost completely undetectable.

You’ll be able to add sensors to your arsenal that, when tossed like a frag, can identify hostile forces within a large radius of it. There’s also a UAV drone that you can control, that doubles as an RC car. This is, by far, the most useful tool available to you. Using this device from the air, allows you to recon areas that you can’t necessarily see from your location.The drone can also be driven on the ground, and if you drive it into the middle of a group of guys, emitting a pulse that stuns all of them at once, giving you the opportunity to take all of them out without giving them a chance to fire back.

Introduced early on is the Sync Shot system. This allows you to tag up to four targets at once, and using your team mates, take them out all at the same time. This is a very useful tool when stealth is paramount and alerts are not acceptable. When tagging only three, you can eliminate an entire force just using your team mates without ever having to personally fire a shot. Using the drone, you can tag four targets, leave your drone airborne, take them out all at once, and then switch back to the drone to continue tagging more. As long as the bodies lying around aren’t noticed, you’ll be racking up a huge body count without the enemy realizing it, until it’s too late for them. You can also use the drone in active combat situations and use it to find enemies that are hiding out of sight.

Moving around the battlefield in the third person view, you’ll be using a unique cover system that will aid you in remaining undetected. You can rush from cover to cover, flanking and sneaking up on the enemy, and then take them out with close quarters combat moves. Cracking necks and slicing throats are very useful maneuvers. While in cover, animations for jumping over obstacles includes rolling over the top of the obstacle, as well as running and sliding into the next cover spot. Lying prone is also available, and rolling sideways is a quick way to move from behind cover to take a shot, and then back to cover again.

Playing through the campaign is quite a bit of fun by yourself, but playing with friends can make things better. GR:FS gives you the ability to play with up to three other friends in the Co-op Campaign mode. Working together becomes paramount to level completion when tackling the story on the Elite difficulty, but success is much more sweeter when the challenge is the most difficult. 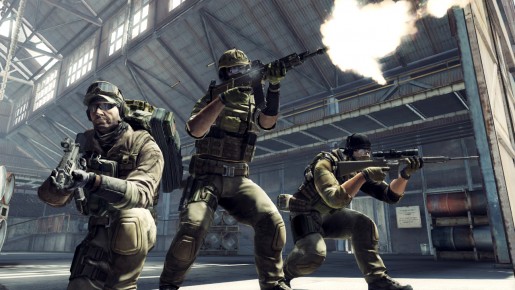 You can also play with friends in the new Guerrilla mode. You can use split-screen for two players on one console, and add in a couple of online friends to fill out the four man team. In this mode, you’ll have to locate, capture, and defend a designated area against  up to fifty waves of in coming soldiers. Each wave will get progressively harder, but in-between rounds you’ll’ be receiving support drops. These drops will give you new weapons that can assist you in your time of need. Claymore mines are very effective against incoming troops, and proper placement is key to their effectiveness.

GR:FS gives you four multiplayer modes to choose from: conflict, saboteur, decoy and siege. Each mode has been done before, but all are still pretty fun to play. Regardless of which mode you play, battlefield intelligence is always great to have, so be sure to use a load out that best suits your team. There are three classes to choose from: Rifleman, Engineer, and Scout. Using a well balanced team should be your first goal. Team work and tactical decisions will rule the online world. 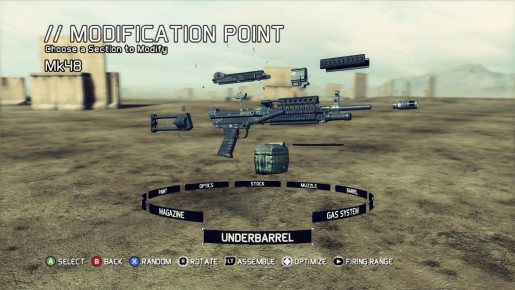 As you progress through the campaign and multiplayer modes, new weapons and attachments are unlocked. These are then accessed in the Gunsmith Mode. For those of you that like real custom gunsmithing, this is a new feature not really taken to this level of customization in a video game. You can replace barrels, triggers, stocks, optics, sights and more to trick it out and make it unique to you.

The graphics for the game look great and are top notch. The PS3 version does allow for 3D gaming and we did play for a little while on a 46″ Sony Bravia 3D TV. The level of details, both in 3D and 2D, was exceptionally done. Depth in 3D was very obvious, and we found ourselves dodging bullets and RPG’s as they came flying out of the screen.

The name Tom Clancy has become synonymous with a military style of high quality written stories and story driven military video games. Tom Clancy’s Ghost Recon: Future Soldier not only lives up to his name, but gives the franchise a much needed boost back into the mainstream shooter arena.

Tom Clancy should be proud.