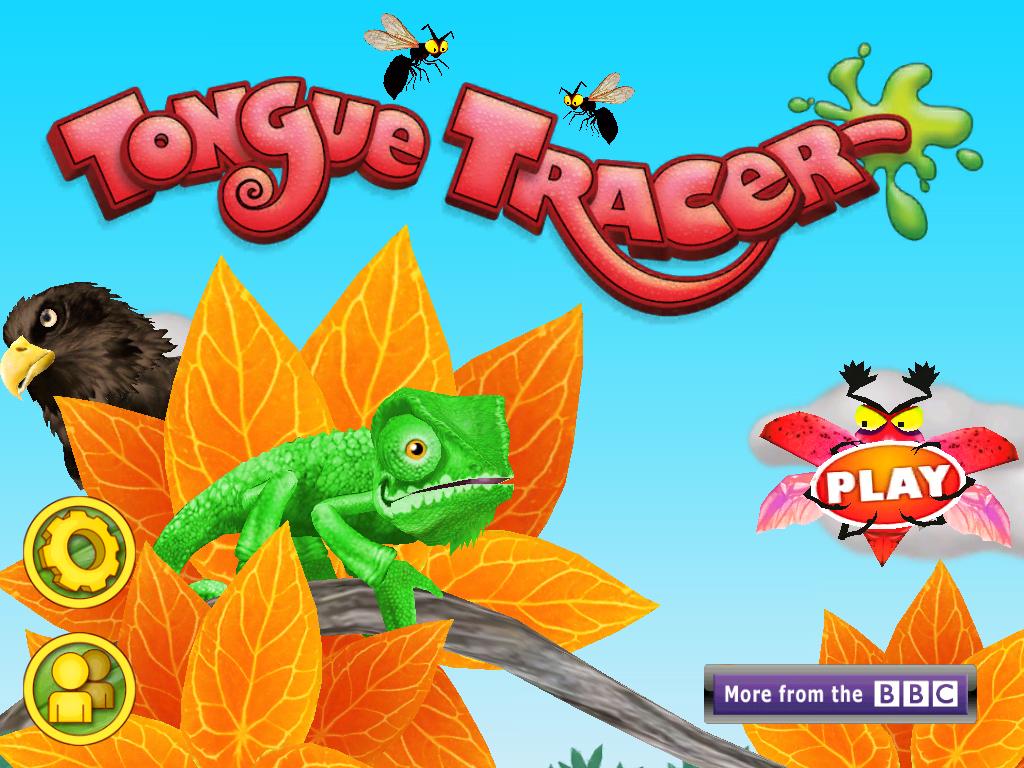 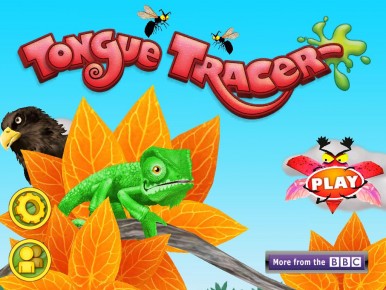 Full details, plus screenshots, after the jump.

In the game players take control of a colour-changing chameleon named Chuck. He’s on the run from a hungry eagle, and needs to hide fast, but swarms of devious bugs are trying to give away his location. Players use touch screen controls to trace a path directing Chuck’s lightning fast tongue past hazardous objects and dangerous creatures, so he can slurp up enough coloured bugs to blend into the leaves behind him.

Tongue Tracer is a fast paced, accessible game for all ages, where the levels start simply but become increasingly more challenging. There are 90 levels in total, each with a variety of pesky bugs and hazards, which all have differing abilities and behaviours.

Robert Nashak, EVP Digital Entertainment and Games at BBC Worldwide said “Tongue Tracer is fun to play, visually stunning, and people of all ages will love it. We’re really happy with the finished product and we can’t wait to introduce Chuck the Chameleon to the world.”

BBC Worldwide Digital Entertainment and Games is a core business within BBC Worldwide, the main commercial arm and wholly-owned subsidiary of British Broadcasting Corporation (BBC). Launched in 2010 and headquartered in Los Angeles and London, the business works with top BBC brands to develop new opportunities across a wide range of gaming platforms. The business is responsible for the company’s first MMO, Doctor Who: Worlds in Time and the multi-year partnership with Top Gear and Forza Motorsport, amongst many others.

BBC Worldwide
BBC Worldwide Limited is the main commercial arm and a wholly owned subsidiary of the British Broadcasting Corporation (BBC). The company exists to maximize the value of the BBC’s assets for the benefit of the license fee payer and invest in public service programming in return for rights. The company has five core businesses: Channels, Content & Production, Sales & Distribution, Consumer Products and Brands, Consumers & New Ventures, with digital ventures incorporated into each business area. In 2010/11, BBC Worldwide generated profits of £160 million on sales of £1158 million and returned £182m to the BBC. For more detailed performance information please see our Annual Review website: www.bbcworldwide.com/annualreview