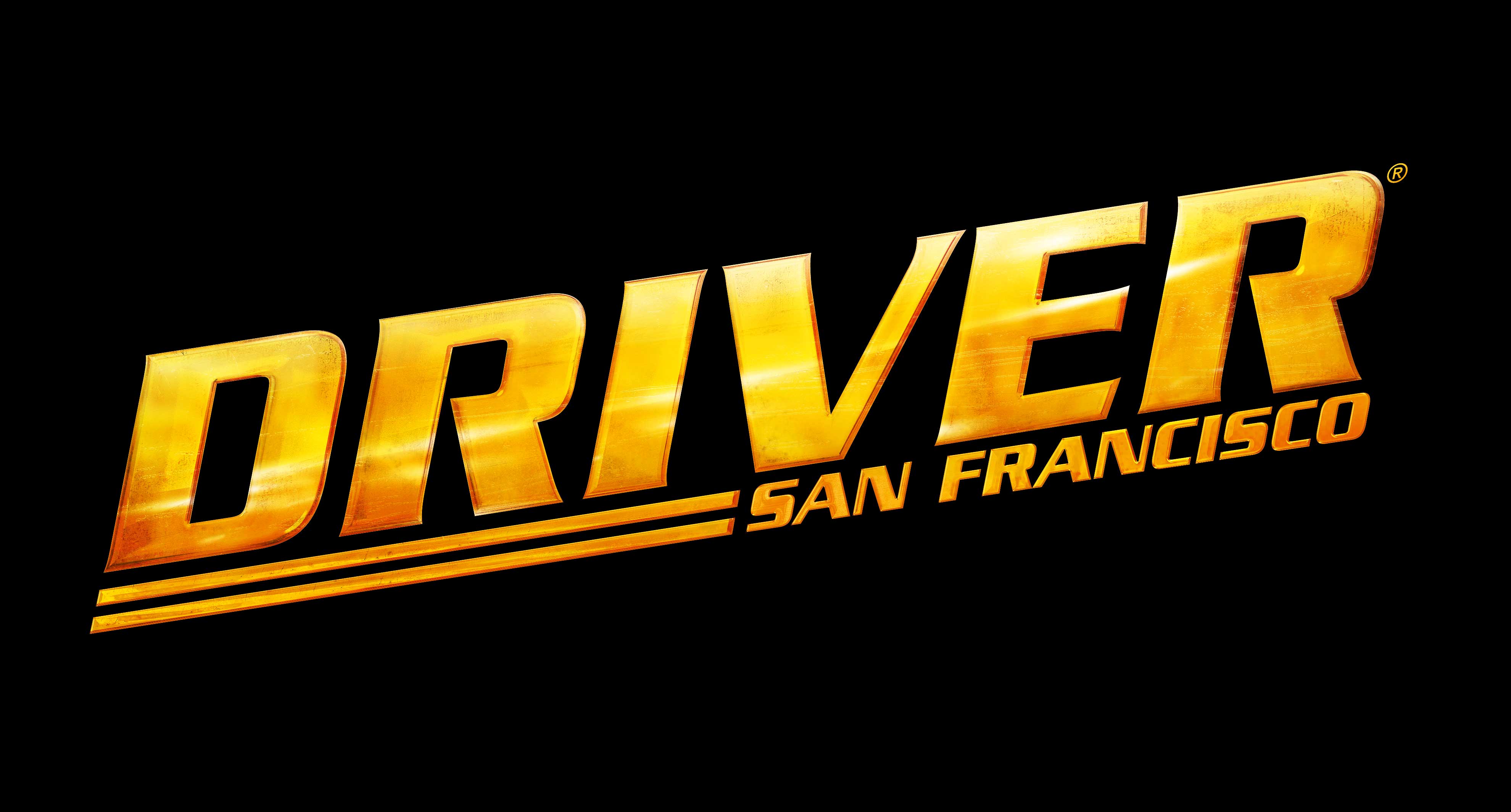 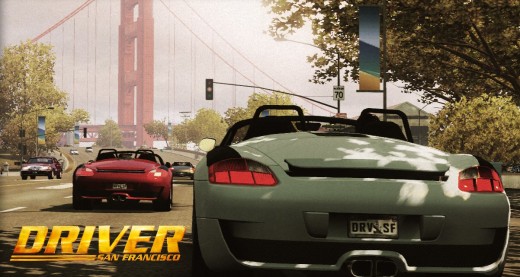 Ubisoft’s Driver: San Francisco has been released onto the streets of “The City by the Bay”. Is it worth the price, or should it be banished to Alcatraz? Read our review to find out.

Driver: San Francisco has you playing as the great wheelman, Detective John Tanner. The story opens with Tanner’s arch nemesis, and known mob boss, Charles Jericho being broken out of custody in a daring daylight ambush while he is being transported from one prison to another. Jericho manages to take control of the armored police transporter and a high speed chase ensues. Tanner attempts to stop him but ends up being t-boned by Jericho and he gets hit right in the driver’s door. Tanner is knocked into a coma and the story goes haywire from there. Unaware that he is in a coma, he undertakes a relentless manhunt, going deep undercover to reveal Jericho’s real plan.

The story line can be a little hard to follow seeing how the player knows Tanner is in a coma, even though Tanner doesn’t. Through in-car radio transmissions, Tanner is given clues as to his current real-world state, but he is puzzled by what these messages mean. We won’t go any further with the storyline so as not to reveal any spoilers. We can say that the voice acting and overall story are very entertaining. The story is told mostly through cut scenes, with some in-car dialogue. A story recap is played after completing each chapter to make sure you remember what happened previously.

In Tanner’s mind he is driving around the city with his partner Tobias Jones. He finds that he can shift out of his body and take over any driver in the city. Once you shift out of Tanner’s body you are flying over the map for a birds-eye view of San Francisco. This sandbox style and shifting between drivers is key to the game play. You can zoom in and out on the map that is spread out over a good chunk of the Bay Area, with more and more of the map unlocked as you progress through the story.

Icons display locations for different types of events, and the story can only be progressed by completing City Events. These events are spread out around the city and each chapter requires you to complete a certain number of city events to unlock the next part of the story. Also on the map there are icons for Dares, Races, Activities, Challenges, and Garages. Competing and finishing the different events earns you in game cash, called Will Power (WP) and this WP can then be used to buy things.

The events have you shifting into different people in the city and taking over their vehicles. Some characters are reoccurring and this helps to break the monotony of doing similar tasks. Whether you are helping some young kids earn college tuition money, or helping cops destroy crates of bad drugs, your actions will lead these people down a different path then what otherwise may have befell them. Seeing characters return later in the game, and listening to their chatter, adds a level to the story that isn’t always thought of. This gives the city a real life feel to it as you begin to realize that every car has a story just like in real life. Randomly shifting into cars around the city in Free Drive mode can be just as entertaining as the story itself.

Shifting between vehicles is a handy tool that gives the game a unique feel that is almost Matrix like and gives you the sense of being an Agent. Need to stop and stolen big rig? Shift into cars ahead of it and drive head on into that big boy. Shifting opens up an entirely new avenue to racing since you can have other cars take out your competition. They can’t beat you if they can’t finish the race.

Garages are spread around the city and are available to purchase. Buying them unlocks more events and owning them all is key to a completionist. While at the garage you can purchase vehicles to add to your collection, and there are 140 vehicles available in all. The vehicles are fully licensed cars, trucks, and SUV’s with name brand markings, and true to life imagery. These range from old school muscle cars like Tanner’s ’70 Charger RT (complete with a cowl induction hood and a six pack) and include eighteen wheelers and exotic sports cars like the Pagani Zonda Cinque. If you ever wanted to own a large yellow school bus, now’s your chance. They drift quite nicely.

The overall map of San Francisco is close enough to real life that you can see the resemblance of most of the city. I have yet to find the Painted Ladies but Twin Peaks can be driven around, even though the road isn’t completely accurate. The Golden Gate Bridge and the Bay Bridge can both be driven across, and are a great place to open up your ride and see what it can do. AT&T Park, Fisherman’s Warf, Coit Tower, and the Transamerica Pyramid are all in their proper places so even casual tourists might recognize the city. Alcatraz is nicely out in the bay as well, but you can only see it from the air. They should have at least given us the ability to take over the golf carts that shuttle older people up and down the hill. Recreating San Francisco is a job well done by the developers.

The graphics for the game play and the cars are all well detailed and are top notch. In-cockpit views while driving will give you a full dashboard that looks like the real thing. The city’s buildings are well detailed and look enough like their true to life counterparts that they are easily recognized. Cut scenes are computer generated and full facial animation gives all characters true lifelike features and reactions. The cars themselves are fully detailed and resemble their true to life forms.

The most important aspect of any driving game, regardless of how good it looks, is always how the vehicles actually drive. This game is not a sim like Gran Turismo but more of an arcade style racer similar to the Burnout and Need for Speed series. Handling can be broken down into a few overall categories. Small cars like the AMC Pacer (yes, it’s in there) are tight turners with low top speeds and handle light and nimble. Muscle cars handle like a muscle car should. Take offs are harsh, with a lot of burning rubber and a low growl. Sports cars like the Pagani and the Lamborghini have quicker take offs, but are lacking in traction control so they have a tendency to smoke it up as well, and can launch just as wildly as the muscle cars. The heavier SUVs and trucks drive as expected, with slow acceleration and in need of a lot of stopping room. Cornering at high speeds is difficult with any of the vehicles, with drifting happening whether you want it to or not at times.

Traction control for the high end sports cars would have been a nice touch. Occasionally you may feel like you are driving on ice, and if you go off road with a sports car, it will feel like a full on snow rally with street tires. Not very fun if you are heavy footed. Accelerating out of a corner is a tricky proposition without traction control, so gunning it isn’t always your best choice. Throttle control becomes paramount to winning some races, and the Pagani is a beast to control without it. Learn to only give the car the right amount of throttle, or be ready to eat some walls. This is an arcade style racer so treat it as such.

San Francisco is well known for iconic street chases from the likes of Steve McQueen as Bullit, and Driver: San Francisco wants you to recreate it. You can try movie challenges and have the footage recorded as you play along. You can then go into the film director mode and edit the camera angles and the length of the clip and upload it to the Driver: SF website.

The Driver series started out in 1998 to rave reviews and high praise. As the sequels were released over the next few years the series made a few wrong turns and walked away from its roots. Driver: San Francisco tries to steer it in the right direction, and succeeds on most levels. The story isn’t a long one, but having to complete City Missions extends it to a decent length (we did it in around 8 hours). There are 80 dares to complete and enough other events to keep you busy offline for a long time.

Developer Reflections took an old title and gave it a new breath of life. Driver: San Francisco is more than just another arcade racer. The ability to shift between cars at any given moment adds a new twist to an arcade style that is both fast and fun.

Are you ready to take your wheelman skills to the street? If so, you’ll want this game.