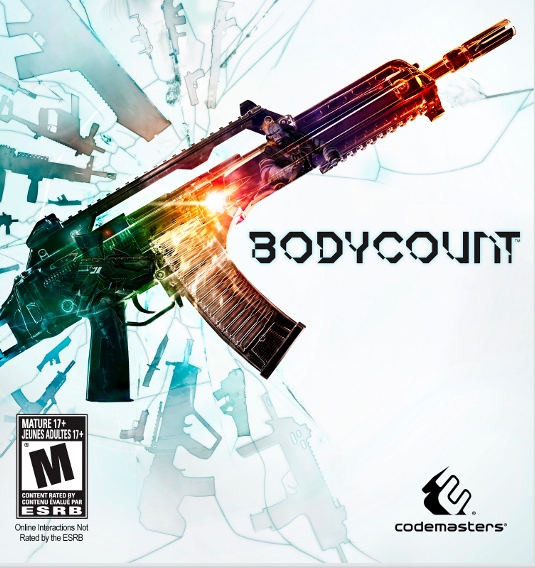 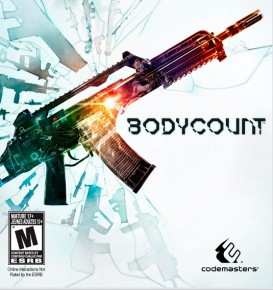 Developer/Publisher Codemaster has released their next first person shooter. Does it equal their last generation title Black, or should it be taken out back and tossed in the dirt? Read our review to find out.

First person shooters are a dime a dozen at this point, and all do basically the same thing. Here’s a selection of firearms, the world is in trouble, pick your weapon loadout and go save it. It’s a recipe that has worked for Call of Duty, Battlefield, and countless others. Most games give those with patience an edge over their AI opponents. Sneaking around corners, lying low, or crawling all have their benefits. Bodycount tries the same recipe but with no bonus for patience. 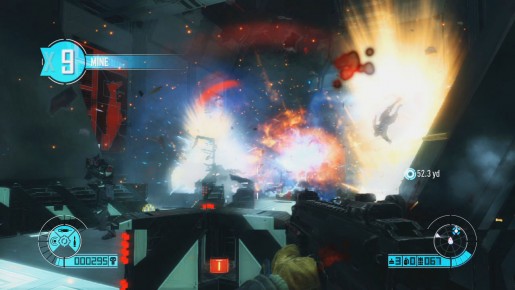 Bodycount is a FPS for those that want to run-n-gun Rambo style, through as many bad guys as your console or PC can handle. You are given a silenced pistol at one point, but once you find your weapons cache you will want to say to hell with that pea shooter. Give me my G36 assault rifle and/or Super 90 shotgun. This game wants you to be a killing machine, and does a good job of creating that experience.

The story for the game is fairly generic. You play as Jackson. A former US soldier who is now an agent for an organization called The Network. It is your job to find solutions to problems that governments can’t handle. Genocide in Africa? No problem. Grab a few weapons and grenades and wipe out the genocidal horde. Want to end a civil war? Take out the leaders and their forces. While on these missions, you’ll run across some enemies that don’t belong, and it’s up to you to find out who is really behind the civil unrest in both Africa and Asia. The story isn’t exactly gripping, but it’s not thrown in as an afterthought either. There was some thought put into it, but the bottom line for Bodycount is the gameplay.

Gameplay for Bodycount is simple. Here’s your objective. Here are your weapons. Complete the objective. Sounds simple. Now add a huge number of bad guys, with a largely destructible environment, and you get the big picture. This is an arcade style, in your face shooter, where killing is always your main objective. The name of the game is Bodycount, and thats what you want to rack up. Leave a trail of lifeless, limp bodies in your wake, along with shredded walls, doors, and windows. If it’s not made out of tin, you can blast through it. There are few places to hide in this game, and most of those places will disintegrate when high amounts of lead are applied. Concrete barriers, plywood walls, even wood doors are no match for the bullets. You can shred through a wall in a matter of seconds, and anyone hiding behind that wall is dead meat. 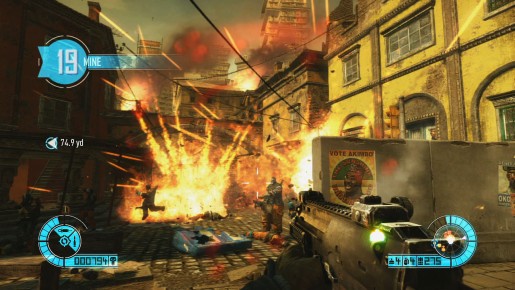 Each mission level gives you multiple paths to choose from. You aren’t locked into a linear path and this is a double edged sword. Not only are you not locked into one set path, the AI isn’t either. While they aren’t the brightest bulbs in the box, their thought process can still be tricky enough to outflank you, and drop a grenade in your lap. If you are on a mission that requires you to defend your position, be sure to take note of all paths around you.

At the end of each story mission you are given a grade based upon how well you did on that mission. During your firefights, you can achieve Skill Kills with headshots, backstabs, and shred kills (killing through walls is soooo fun). String these together and you’ll keep a combo going that will affect your overall grade at the end of each mission. Rack up as many kills as you can, but remember that well placed shots will net you a better overall grade than just running and gunning through each level. We found this to be a little counter productive for an arcade style shoot-em-up, but it does add replayability to each mission. More than one run through for each mission isn’t a bad thing.

The firearms at your disposal are basic at first, with a pistol, assault rifle, shotgun, and knife to start out with. This expands to include ten overall weapons to choose from, plus your knife. The weapons are highly detailed, and vary in power and rate of fire just like they should in real life. You can’t access your weapons cache until you are in a mission, but most missions have them near the beginning. Use your mini-map in the lower right corner to locate it. Grenades have three ways to be thrown. You can do the standard one button press that has a short timed explosion, you can cook your grenades by holding the button for a few seconds, or (our favorite) you can double tap the grenade button and it will explode on contact. Why cook when you can have instant gratification? See a large group of bad guys congregating in one spot? Double tap that frag for a fun little skill kill that will grow to whatever number was in that group. You also have mines at your disposal, and occasionally a defense position is needed and mines become a priceless, albeit limited, commodity.

The graphics for the game are right up there with comparable shooters. Not the best, but definitely not the worst. Level design is well detailed and as we said before, almost everything can be destroyed. Destroying a wall into literally hundreds of pieces is a fun thing to watch. Of course seeing a large bad guy with a min-gun blasting through a wall and coming right at you isn’t all that pleasing to see.

As you take out bad guys, they’ll drop ammo and intel energy. This energy is gathered and fills up your intel meter. As you progress through the story, you unlock four different enhancers that show up on the bottom left of your screen. The Adrenaline boost makes you invincible (as long as your meter is full) and is very effective against a large group of enemies that you want to run through. They can’t hurt you, but you can definitely blast them all to hell. There is also an Exploding bullet enhancer that is very effective against the heavies with mini-guns. The Artillery enhancer can be used to take out emplacements or groups of bad guys. The Target Pulse Wave starts out as a way to better see the AI, but once upgraded becomes a way to disable some of the bad guys.

Online Multiplayer is also available. You can have a free-for-all deathmatch, team deathmatc, or you can buddy up with another player and play some co-op. Co-op will have you facing wave after wave of bad guys and it’s a fun way to rack up your online kills.

Bodycount provides the guns, glory and bad guys. You provide the balls.